Jonathan Meikle was born 19 August 1989. He is an Afghanistan war veteran, currently working towards his diploma in Social Innovation and Community Development at the Red River College. He is a loving father/co-parent to his beautiful son Cohen Meikle.
Meikle grew up in the northern community of Norway House Cree Nation, 800 km North of Winnipeg. There, he experienced what it was like to live with the social difficulties that the Indigenous communities in Canada are faced with as a result of the Canadian government’s darker past.

Due to his lack of coping skills and lack of identity, he gravitated towards a lifestyle scattered with violent situations and substance abuse. Meikle’s struggles with identity were amplified by his time in the military. Upon release, the deterioration of his mental health was most prominent, leading him to problems within the criminal justice system.

After landing himself in jail, Meikle made the decision to change for the better. With the help of Veterans Affairs, he checked himself into a residential treatment facility, where he would stay for the duration of two months. Upon release, he stayed true to his commitment to sobriety and better living, diving into programs in the community that would aid himself in his recovery. With new perspectives on life, Meikle pledged to himself that he would help others where he felt fit to do so, giving his most honest effort to being an active member in the community. 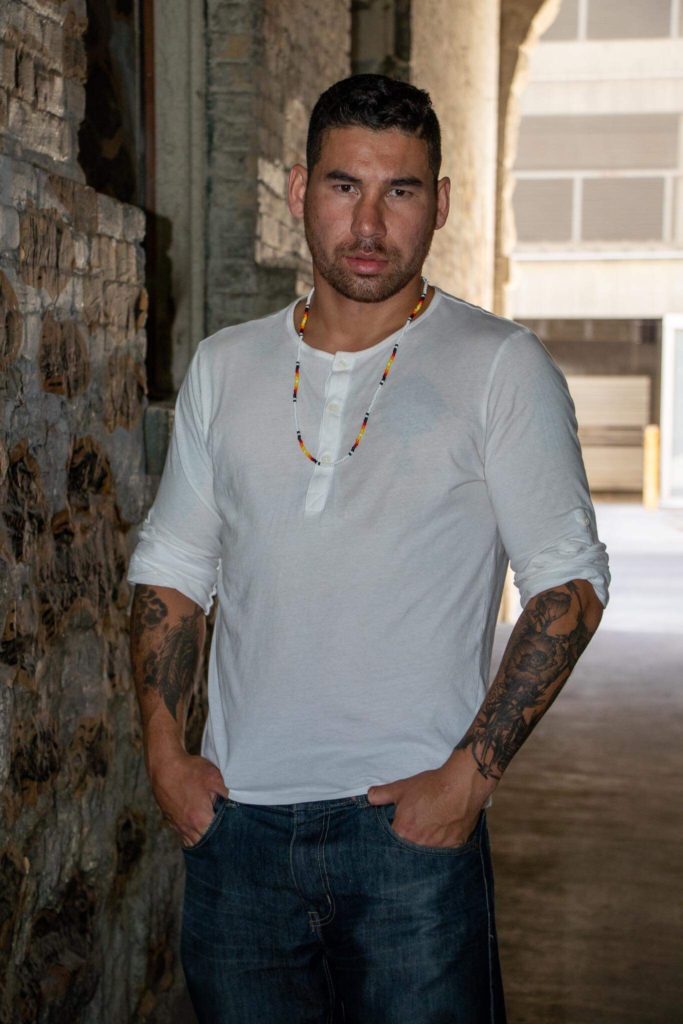 Meikle is very involved in the community, volunteering with Winnipeg’s Bear Clan Patrol, representing OPK, being active in addictions programs, learning about his traditional ways and advocating for solutions to Indigenous issues. He also keeps in top physical condition with his competitive boxing out of Stingers Boxing Academy. Meikle accredits all his energy invested into the community to being what builds on and maintains his recovery.

Meikle believes he is living proof that people can change drastically for the better. He also believes that through unity, forgiveness, love and understanding we can do better for the people that struggle to be find a better life for themselves. It is his values and beliefs that push him in working towards his aspirations of becoming involved in community solutions aimed at helping young people who struggle in the cycle of the criminal “justice” system.

He has presented a TEDx Winnipeg talk titled “Acknowledge the Story Behind the Label”.

As further testament to his character, Meikle received recognition from the Assembly of Manitoba Chiefs, the Silver Medal of Bravery Award from the Royal Canadian Humane Association and a Members Statement from the Manitoba Legislative Assembly for his actions in intervening in a dangerous situation on a Winnipeg Transit bus.